Francesco Scarfone is a Manager at WTS R&A Studio Tributario. He mainly deals with tax advice on direct and indirect taxes in favor of corporations and permanent establishments of non-residents, extraordinary transactions, litigation and assistance during tax audits. Previously, he has developed his skills at Pirola Pennuto Zei & Associati Firm. He also carried out a year of secondment at the tax office of a company listed on the MTA of Borsa Italiana S.p.A., as well as a six-month internship at the Revenue Agency. He participated in an international study program at the Wirstschaftuniversität in Vienna during which he attended the “Tax Treaty Law” course held by Prof. Michael Lang. He is Visiting Lecturer at ESCP Business School. 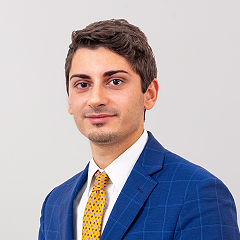